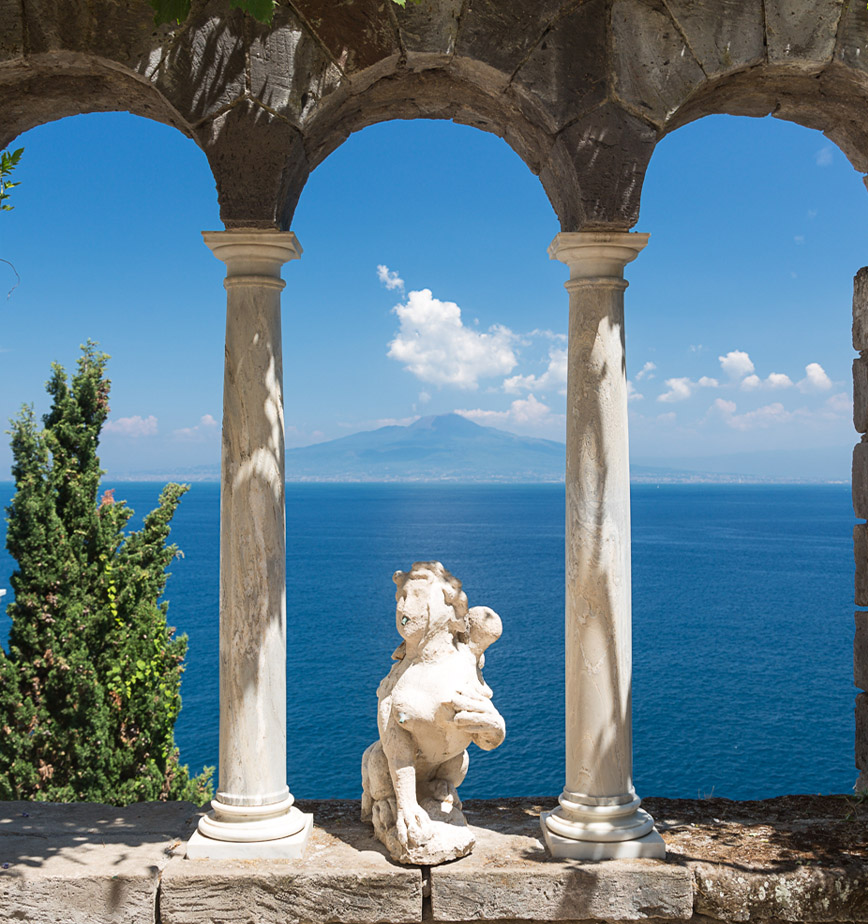 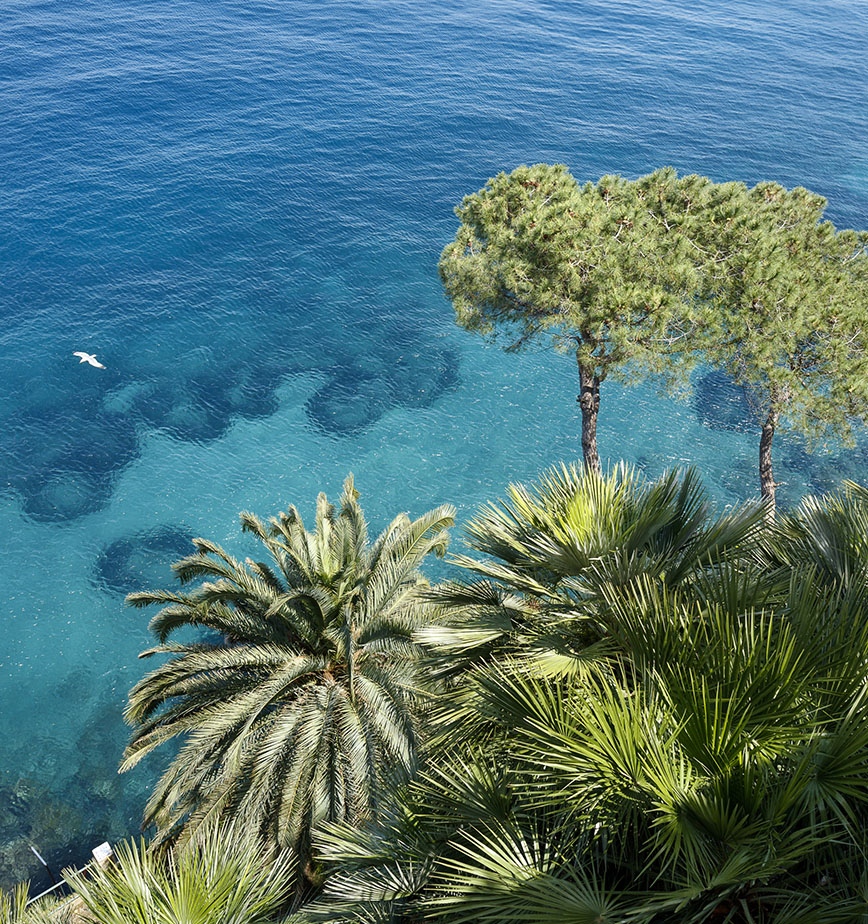 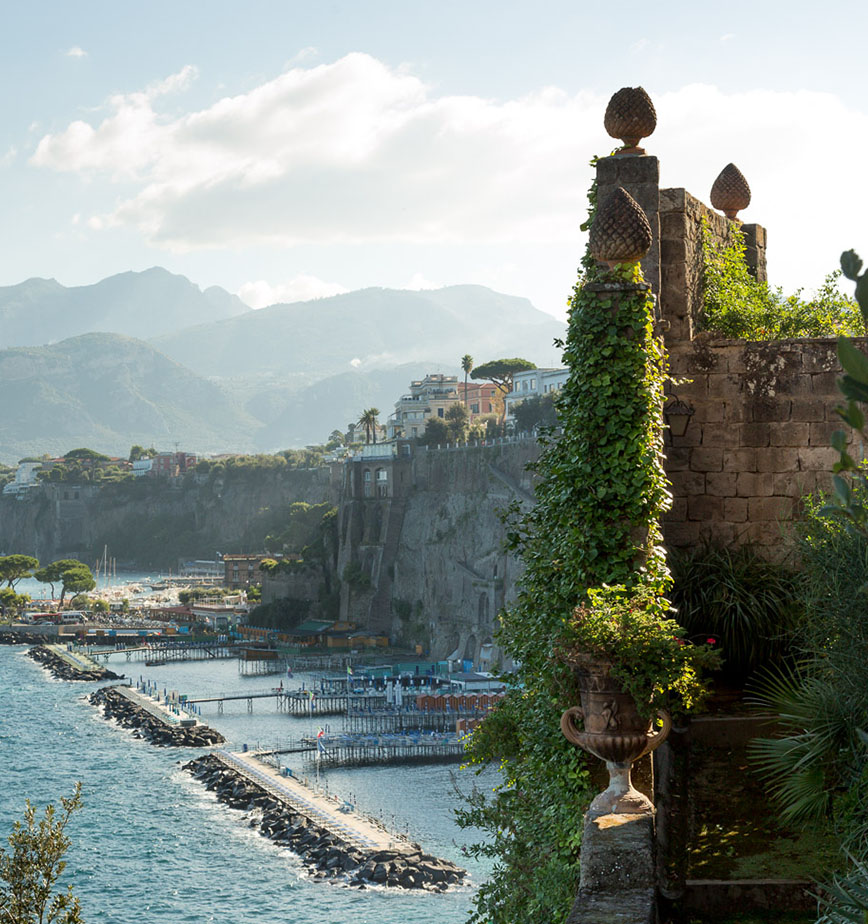 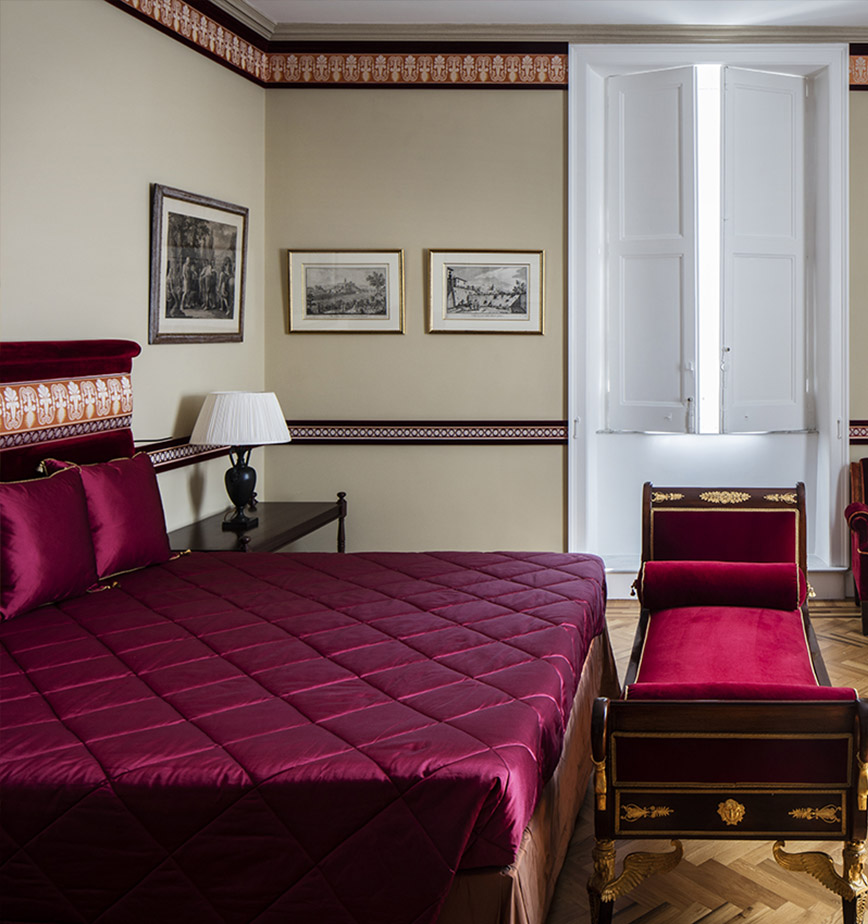 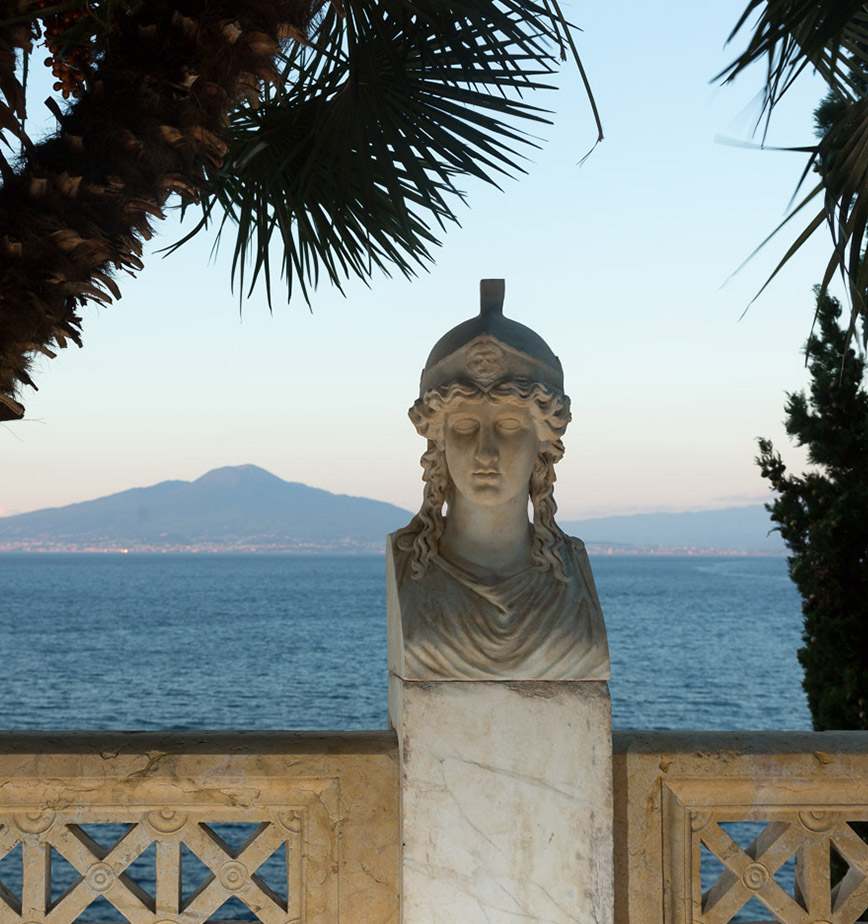 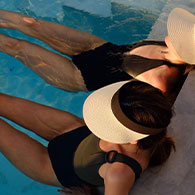 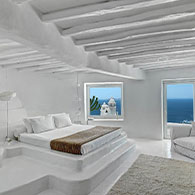 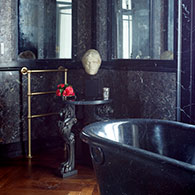 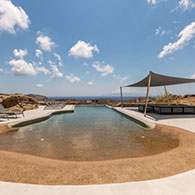 Overlooking the Bay of Naples, this majestic property rises sheer above the sea on a cliff. With arguably one of the greatest views in the world and a splendor rarely seen, both inside and outside, Villa Tritone has quite rightfully been labeled “Paradise”. With a long history that can be traced back to the 1st century A.D., when Agrippa Postumus, grandson of Emperor Augustus, first made it his residence, Villa Tritone has long been a home and a destination for the rich and noble. Purchased by one of the wealthiest men at the time, Lord William Waldorf Astor, in 1905, the Villa became his passion project as he enlarged the territory and designed a splendid garden at the back of the house where a Dominican monastery once stood. His final addition to the property was the “Pompeiian” villa, which he decorated with Ionic columns and neo-classical frescoes by a Roman artist, Mario Spinetti. After his death, the Villa underwent a period of obscurity, though even during this time it still attracted notable figures, such as Benedetto Croce, the revered Italian philosopher and politician, who lived there during the Second World War. In the 1970s, Villa Tritone was acquired by a wealthy family, Mariano Pane and his wife, who welcomed many illustrious guests including Princess Margaret, Rudolf Nuriev, Gregory Peck, Sofia Loren, Franco Zeffirelli and Gianni Agnelli. Today, Villa Tritone sets the benchmark for luxury accommodation on Amalfi Coast and has been named as a dream vacation home by many luxury lifestyle and travel publications such as Town & Country, Quintessence, Forbes, Bloomberg and the Telegraph.Villa Tritone counts 6 luxurious suites in the main Villa, each designed individually by the renowned interior decorator Jacques Garcia. All the rooms are furnished with the finest period furniture and objets d’art sourced from Sotheby’s and Christie’s. Another standout – the sumptuous marble bathrooms that accompany each suite. Villa Tritone oozes classic feel. The exquisite interiors are filled with a museum worthy collection of Greek and Roman antiques, that once belonged to Lord Astor himself. In the lush gardens one will find antique artifacts lying everywhere – columns, statues, fountains, urns, pottery shards, fragments of sarcophagi and so on. Many of these objects were originally excavated from Pompeii. Exclusive accommodation in a luxurious historical villa. Explore the picturesque paradise. Enjoy the legendary 270-degree views of Bay of Naples and Mount Vesuvius through the bedroom windows or from a spacious terrace while savoring a fabulous meal prepared by a private chef. Take a stroll through the immense 20,000m2 botanical garden that boasts the finest botanical collection of over 1000 species of plants and is considered to be one of the finest in whole Europe. Swim inside the natural grotto carved into the cliff or plunge directly into the sea. Take a boat ride from a private “pontile” and head to Capri or Ischia. For cultural exploring, visit Naples, Pompeii and Herculaneum or take a walk through local towns. “It’s easy to think you are in a wing of New York’s Metropolitan Museum when you walk into Villa Tritone” – Forbes. Named one of the trendiest Italian wedding venues by the Brides Magazine, Villa Tritone is a dream wedding venue – an unique and romantic spot perfect for elopements, wedding ceremonies and receptions. The stunning lush garden with panoramic views of the sea and Mount Vesuvius is a heavenly setting for romance and celebration. Dinning can be enjoyed al fresco under the stars or inside one of the many salons.

HAVE A QUESTION? WE ARE GLAD TO HELP YOU.

made by Pluma Studio